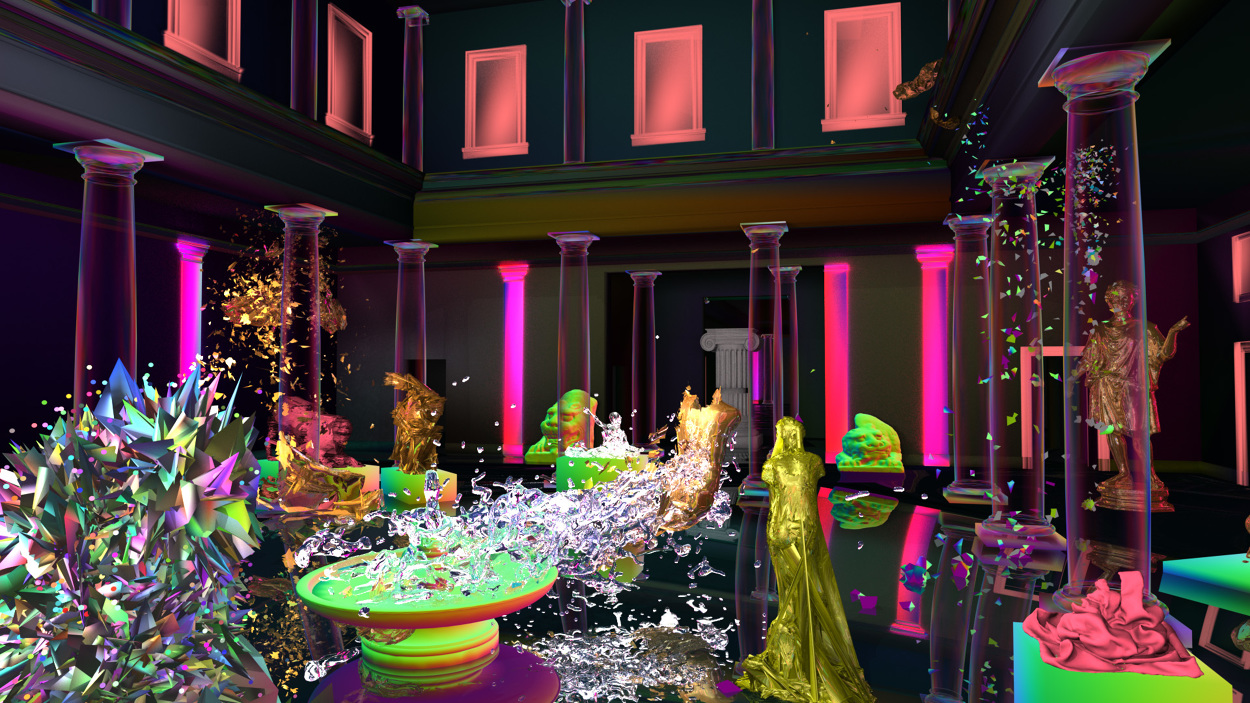 Rui Hu’s animated “Metropolitan Triangle Garden” is a fascinating exploration of known sculptures in the Metropolitan Museum. He juxtaposes physical destruction with a destruction caused by software glitches, distortions, and misused simulations, building a world that is at once classically beautiful and technologically innovative. Here is our interview with the artist.

Where did your inspiration for “Metropolitan Triangle Garden” come from? I think what is particularly compelling about “Metropolitan” is the distortion of famous artifacts. Did your idea for the piece emerge from the Met itself or did you think the Met was the perfect fit for your idea?

The inspiration partly came from walking inside the Met and getting the sense that the sculptures are so “present”, yet so “untouchable” at the same time. Around the same time, I was also paying attention to 3D scanning and 3D printing technology. I thought the 3D scanned models of classical sculptures in the Met would be very interesting since they represent something so invaluable and yet they became something everyone can manipulate. I wanted to turn them into computer glitches, because to me that is almost the extreme opposite of what the original sculpture was.

The original sculptures intrigue me because they were created with care and mastery, treasured in their time, broken and tossed during historical turmoil, and then preserved and admired once again. The original delicacy and the torment of time—shown in the number of missing or broken body parts—combined to create an altogether new sensibility. In the virtual world, each of the 3D models is a character, a piece of sculpture, and digital data, all at the same time. The viewers experience the Classical beauty along with the digital glitches that distort the sculptures; it becomes a visual orchestra of cultural objects and living beings losing their individual identities and merging with each other in a timeless virtual space. In the end, I wanted to create an experience that is closer to a Dadaist theatre than a quiet gallery space.

Can you explain a bit about the process that went behind producing this piece?

I was working with the Metropolitan Museum’s MediaLab, which is a fantastic group of people doing experimental things in historical museums, to create and collect some 3D scans of the sculptures that I liked. MediaLab also had an architectural 3D model of the Met so I picked the big gallery I needed and sliced it up. There was a lot of trivial clean up that I had to do on the 3D models, but once that was done, I put the usable models into a 3D program called Houdini. It is a powerful program with a particular strength in dynamic simulation, and it is used by technical directors in many Hollywood feature films, so in a way this project also featured some appropriating and misusing of advanced visual technologies. Many of the effects produced in the project are glitches, mistakes, or misused simulation processes, created in ways that would probably be considered wrong by a professional visual-effects studio. The process then became a fun exploration of where the software mistakes and the sculptural figures would clash to create interesting psychological effects.

You mention the desire to connect “space, history, turmoil and transformation” to the “technological sublime”. What is it about this connection between “old” and “new” that particular fascinates you?

I think there is a particular tradition of craftsmanship that exists throughout history: the effort to render something as realistic and precise as possible. I see this both in the classical sculptures in the museum and in today’s TV and movies, although they each suggest something completely different – one is situated in a solemn, serious environment, with a devotion to pure beauty, while the other is more about consumption and entertainment. At the same time, I’m also into breaking the presumption of what something is and can be. These sculptures are loaded symbols, particularly because of the reason I mentioned before – the history that they have gone through from creation to partial destruction to preservation – so I wanted to put them in a place where they could still carry their histories but were able to explore new possibilities. In this case, I focused on the possibility of something becoming intangible in the digital space and then broken and reborn again. This leap in time is fascinating to me. 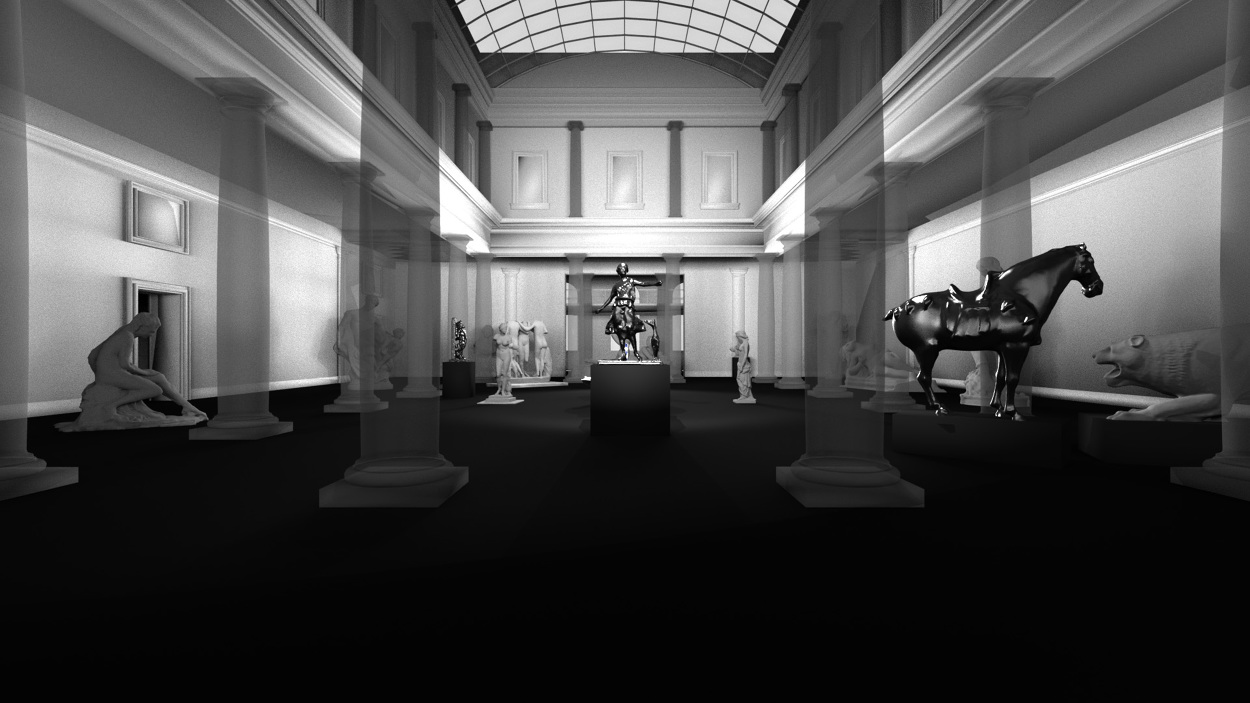