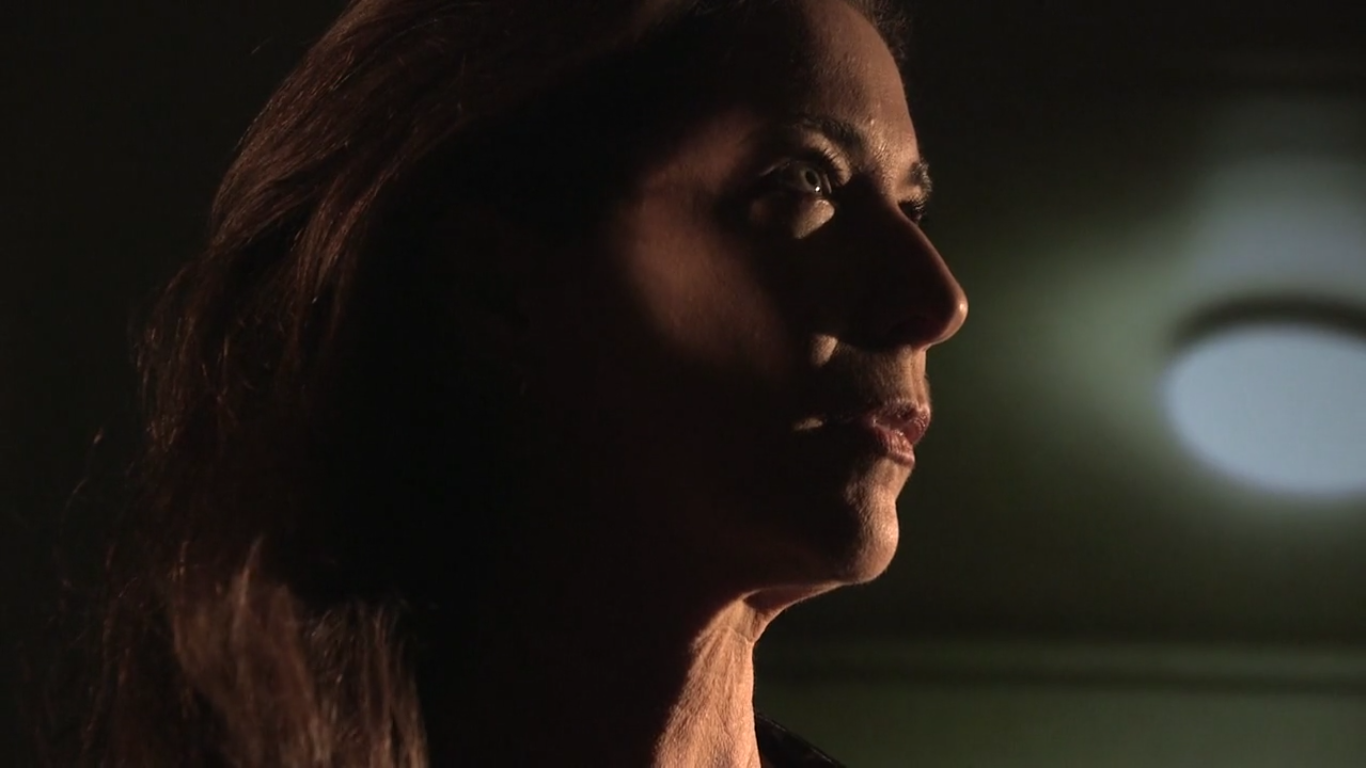 Monteith McCollum’s “SoundPrint” is a mesmerizing and rhythmic combination of found and ambient sounds and rephotographed images. Monteith excels at combining his visual and sonic elements with a performative third factor, lending a touch of spontaneity to every screening. Here is our short interview with this inter-media artist.

Where did the inspiration come from for this particular project?

“SoundPrint” is the second film in a series of films exploring sound in different capacities. “Listen”, the first film I made in the series, was focused around the idea of thinking about transmission and signals and short wave radio, while “SoundPrint” is about transcription and laying a sonic mark and visualizing that mark. I also wanted to do a performance with each film.

When I was thinking about “SoundPrint” in particular, I was hoping to expand on a performative element that came out of “Listen”, where I do live cutting on a record lathe that I rebuilt. Basically, I was cutting a performance while I was creating it. Through working on this project, I became fascinated by record grooves and how I could photograph them in different ways, so I bought a microscope that I used to solder circuits. It has a boom arm and it hovers over things and you can attach a camera to it. I looked at different records at different angles with this microscope so the very first visual elements in “SoundPrint” are derived from microscopic simulations of record grooves. I was really interested in how it became abstracted sometimes and you could really tell it was a cut/groove. 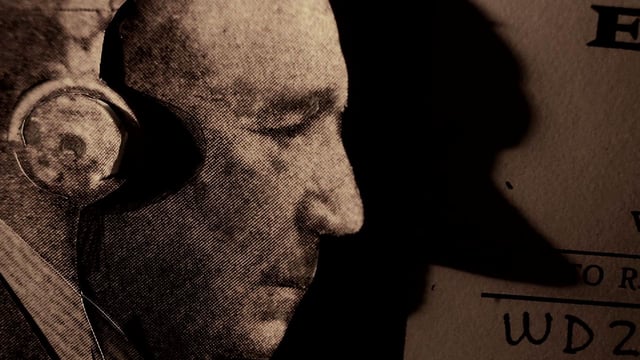 I was going to ask you about that. There was a lot of manipulation on the image in the piece (slowing down/speeding up). Why did you make the decision of manipulating both the image and the sound?

As I began to record sound in different forms, I thought about how copies/reproductions are made. I filmed “SoundPrint” down in Florida so some of the images are from there, but a quarter of the film is made out of color Xeroxes. If you notice, there are numbers in the top left of the frame. I was interested in rephotographing an image in a similar way to how I was approaching the sound in the film: photographing the cuts and that kind of thing. There was a sequence with the waves where I soaked the paper in water and I rephotographed the paper so it looked like it was deteriorating. It’s very quick but if you look out for it, you’ll notice.

I also became really interested in representing the image in many ways. I used a Software Photosounder that reads images. I took sequences and froze on a frame, using this program to read the image and translate it back into a sound. This came from the idea that I wanted to explore the periphery of the film frame and the optical tracks. I don’t think people realize that when the film’s visual gets into these weird abstractions, it is actually the interior of an optical track.

I was also interested in the many images of water/beach in your piece?

There was a fish I read about called the Midshipman fish that originates from Seattle and San Francisco. I read this funny story in the Seattle Intelligencer where they were talking about people being kept awake at night in a neighborhood by the harbor. They were wondering why this was the case and it turned out to be these Midshipman fish that were mating and putting out these mating call and it was resonating off the hulls of these ships and projecting inland. I tried to use some images of these fish in the film but it didn’t work.

I was also exploring booming sand dunes. These are occasional sand landslides in desserts that create low vibration rumbles. I was thinking about sand while I was filming in Florida, but I wanted the visuals to be surreal and strange so I only filmed at night. Each exposure was at a 30-40-second frame exposure so I was out there for an hour and a half just to get 10 seconds of footage.

How does your role as musician affect the way you go about choosing the sound for this film?

In a lot of films, I try to make an instrumental score. I play instruments I know how to play and some I can’t really play (laughs). However, for this film, I was very conscious of the fact that I didn’t want to use instrumentation. Instead, I wanted to use ambient sounds in a musical way. Using Photosounder, you can select regions of the image that you want to read and resynthesize. I was working with the program in very short sections.

You mentioned adding a third element to your piece for our festival- audience interaction. Can you explain the reasoning behind this and why you think this adds to your piece?

This was a way for me to break out of the static relationship the film and audience have with one another. I was also thinking about how this could help me bridge into the next performative aspect I’m building for the third film.

“SoundPrint” exists in two forms because I can’t go to all the festivals and I can’t have the audience leave with the cards.

The audience enjoys the performance. It’s weird at first because they’re causing the sound. They have to be alert when the cues come up. They often miss it at first. The speaker is mounted on the cards so you can actually feel the vibration of the sound through the card. You have this rumble in your hand, which is interesting.

Do you want to elaborate on anything else I did not mention?

Just in terms of where I am now, I am very interested in breaking out of the static aspect of film and just not allowing a film to be fixed. There is a relief that every filmmaker feels when he/she is done with a film, but this relief is only momentary. Two months go by and you are unhappy with some aspect of the film and it’s taboo to mess with it. Why does the film have to be done though? In other sculptural, performative works, this isn’t the case. 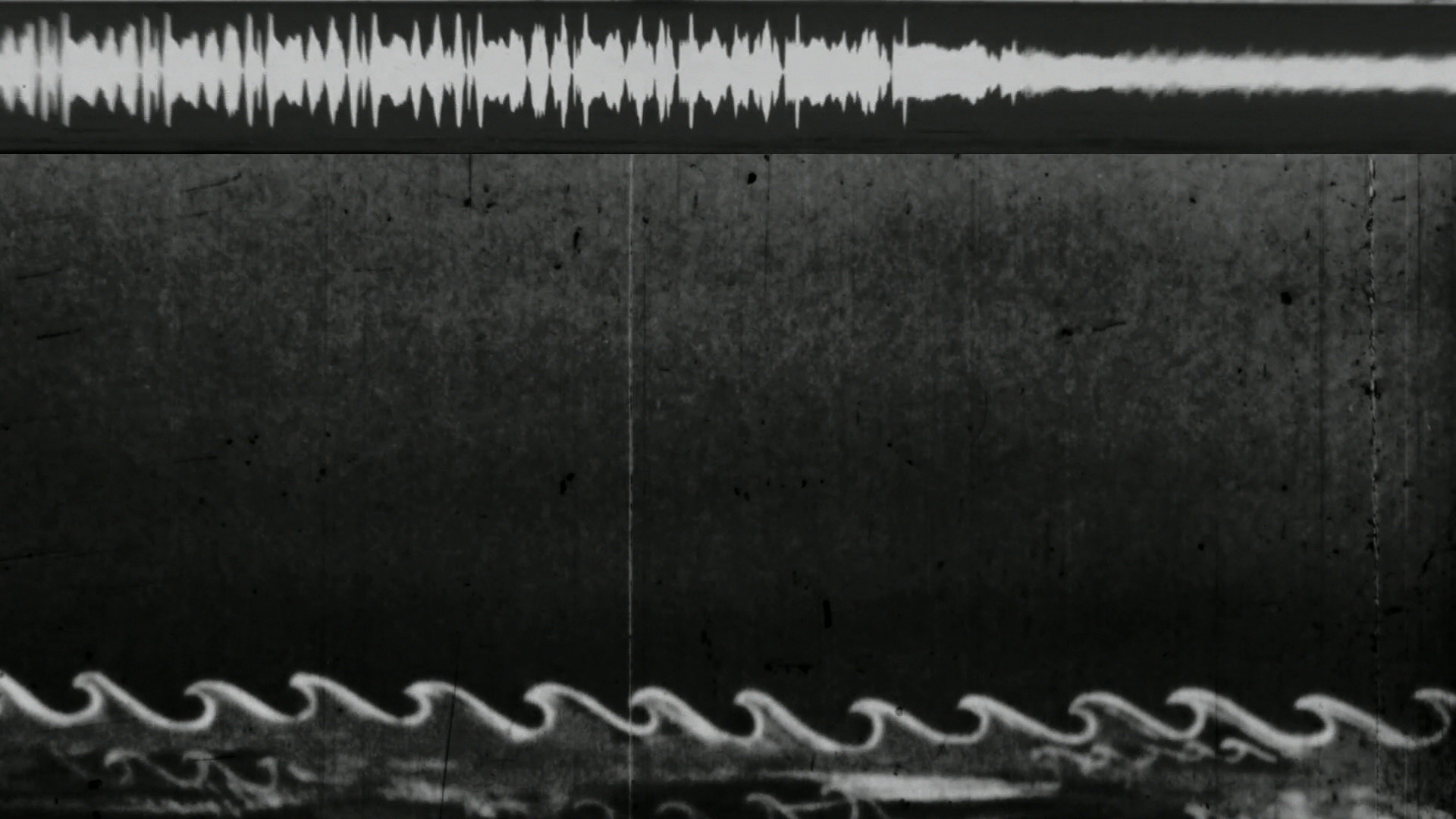